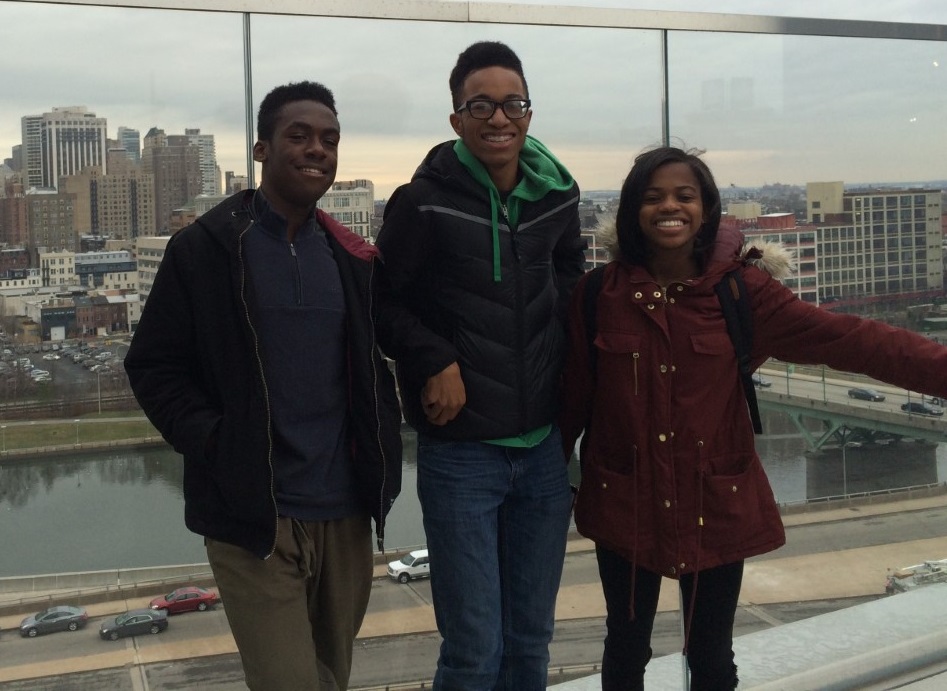 This spring, greenSTEM is delighted to have guest bloggers! We’re working with the Fairmount Water Works and high school students from SLA Beeber to create a smart green roof model using microcontrollers and sensors.

Fairmount Water Works is excited to partner with Matt Fritch and the Philadelphia Water Department to host four high school interns from Science Leadership Academy at Beeber. Chelby, Ashton, Tyheim and Terrance come to FWW weekly to meet with Matt, FWW educator Rachel O., and volunteer Billy K. We began the internship back in October, but we are just getting blogging now. Here are some observations from the past few months.

We began with tours of the Water Works and set some goals:

We learned a bit about the history of FWW, walked around and learned about this historic place:

Now it’s time to get to work. Matt is teaching us about Arduinos and how they are used to monitor different sites. Rachel is still trying to understand this, but she likes when Matt said that the Arduino is a really dumb computer. It can basically tell its sensor to do one thing: light on/light off, temperature readings, moisture, etc. We’ll be using our Arduinos to connect to sensors to monitor soil moisture. To water or NOT to water? That is the question. 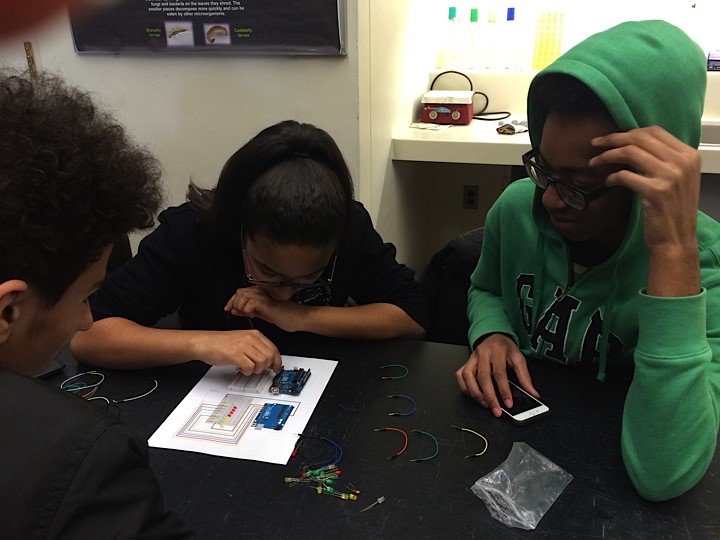 We started learning about Arduinos and how to set them up to do different things. We learned to solder the appropriate parts.

*We met on January 18 at Cira Green to look at the green roof. Rachel learned that the roof is designed to hold 500 people DANCING! She is hoping to get invited to that party.

We now have to learn a bit more about how green roofs are constructed, so we spent a few days researching. We’ll be making a model that can sit on a tabletop. Sensors will be incorporated into this model so we can tell the water level in the model. We have been practicing coding to make this sensor work.