Didn’t this project used to be called Solar Sunflower? What happened to that?
Yes! The greenSTEM Network began as a giant, heavy sunflower constructed out of metal pipes, an IKEA mixing bowl, and some yellow plastic petals. You can see it and read about its exploits here. Over time, we decided that each school should create its own sensor housing through a student design competition. It is also true that we grew tired of lugging a giant metal sunflower around the city.

What is a Root Kit? Are you crazy, naming your product after malicious software?
Yes, we are a little bit strange. More on that in a moment. A Root Kit is the physical component of the greenSTEM Network: It consists of sensors and a microcontroller housed in a waterproof container that collects data outside, and a receiving unit that sits inside the school to send sensor data to the web. We called it a Root Kit in part because the soil moisture sensors that are installed below ground reminded us of roots.

Tech-minded people may recognize the term “rootkit” as the name of some nasty software that attacks computers. Much like the word “hacker,” we wanted to turn the meaning around and have a little fun with computer-nerd lingo.

How can my school obtain a Root Kit and participate in the network?
Information coming soon.

How much does it cost if I wanted to make my own Root Kit?
About $250-$300. The price is approximate because the cost of materials fluctuates, and it depends on the type and number of sensors you wish to install at your school. The do-it-yourself (DIY) page with a materials list is here.

What is a Raspberry Pi? What is a JeeNode?
Both of these things are low-cost electronics used in the Root Kit. A Raspberry Pi is a $35 Linux computer about the size of a credit card. It was developed in England for teaching computer science in schools, and greenSTEM uses it to receive sensor data and upload that data to the web. 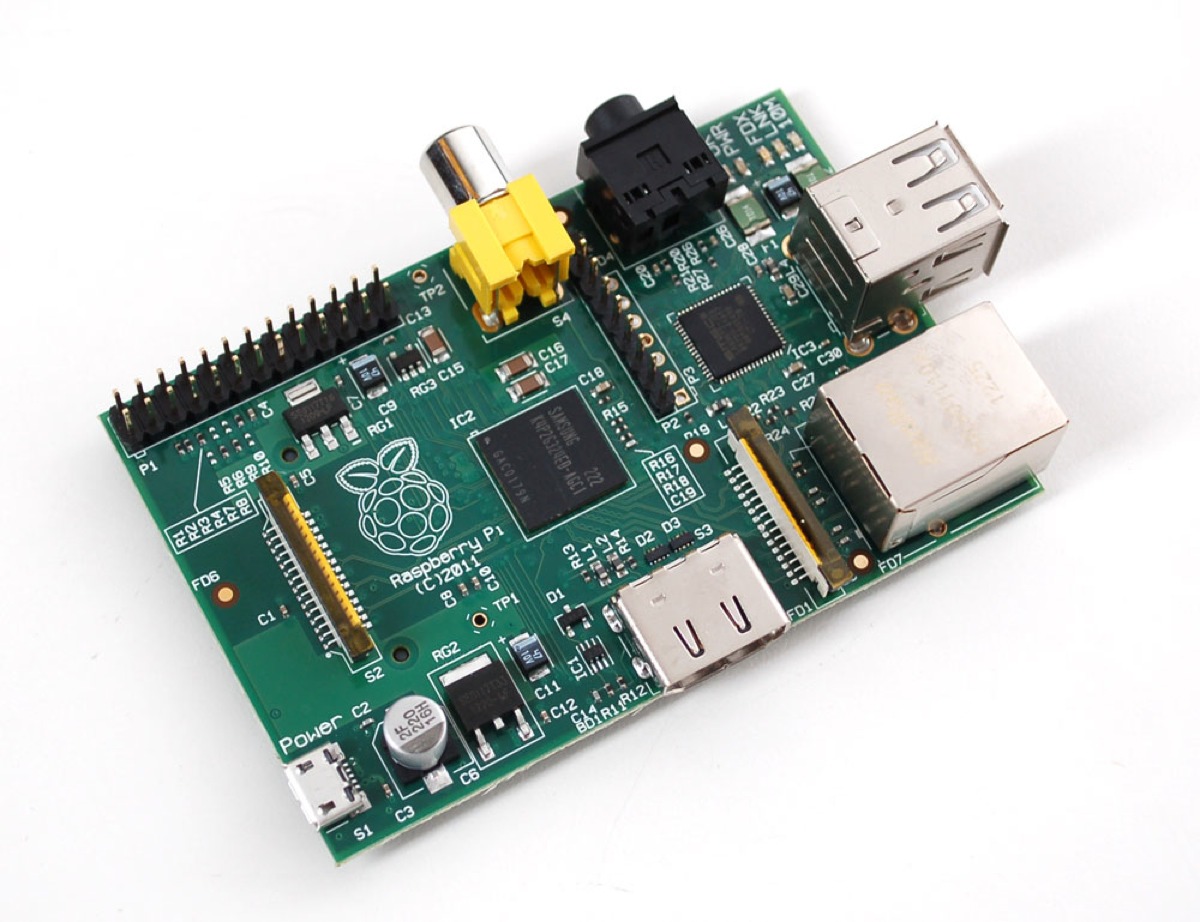 A JeeNode is a $20 microcontroller board that controls sensors and transmits data to the Raspberry Pi using radio frequency. It is similar to an Arduino, except it is smaller, uses less battery power, and has a built-in radio transceiver.

This schematic illustrates how the JeeNode talks to the Raspberry Pi and updates the website with new data readings. 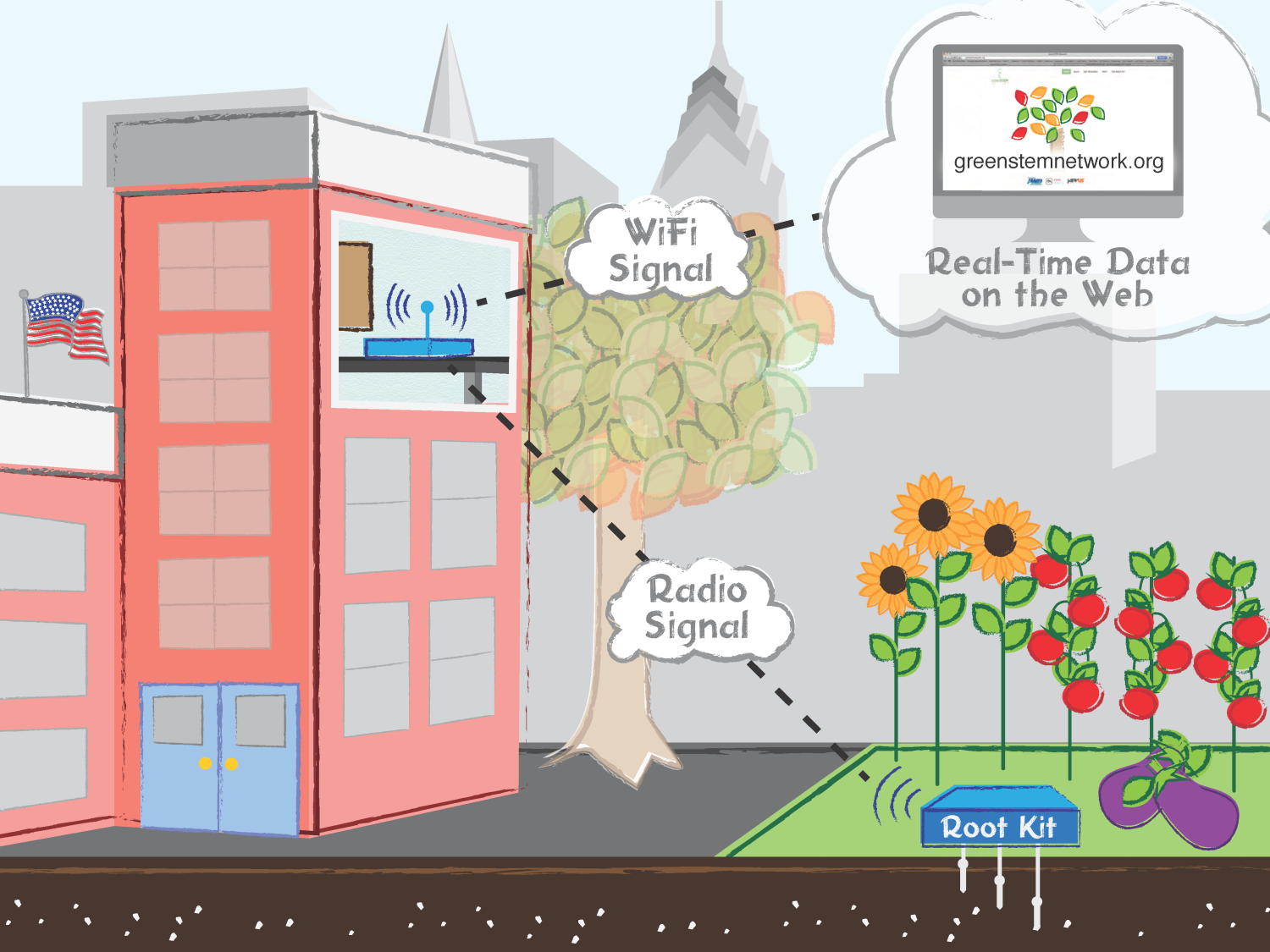 What is GitHub and what does “open source” mean?
GitHub is a website that hosts files for tech development projects. It’s kind of like Google docs for programmers. GitHub allows multiple people to work on code separately, then merge the changes back into one file.  Groups of files (for a certain project, for example) are collected in one location called a repository.

“Open source” means that software files can be downloaded, viewed and modified by anyone for free. All our code is freely available on our GitHub repository. In other words, “open source” is the opposite of “the Colonel’s secret recipe.”

What is Code For Philly?
Code For Philly is an open group of citizens, working to harness the power of technology to modernize citizenship in Philadelphia. That’s what their website says. Check out all the cool projects being worked on and come to one of the many meetups, workshops, lectures or hackathons. Code For Philly members created the greenSTEM Network at weekly meetups and occasional hackathons.

Are hackathons bad?
Not inherently. Hackathons are usually day-long or weekend-long events where people get together to create a project or solve a problem using technology. There is often pizza. Activities involving a security breach, or hacking, of other computers are not condoned.

What is green stormwater infrastructure?
Green stormwater infrastructure (GSI) is a set of tools used to capture stormwater runoff. Examples of GSI include rain gardens, swales, green roofs, and stormwater tree trenches. GSI can be designed to infiltrate the water into the soil or to store water until it can be diverted to the sewer system. The Philadelphia Water Department is implementing a massive amount of GSI in the city over the next 20 years, including many projects at or near schools.

Why is the Philadelphia Water Department involved in this project?
See above. Philadelphia, like many older cities, mainly has a combined sewer system. When it rains, the volume of water in our sewers overwhelms the system, and a combination of sewage and stormwater flows into rivers and streams. By implementing green stormwater infrastructure, we can soak stormwater into the ground and reduce overflows. Green City, Clean Waters is the plan that works toward the goal of fishable, swimmable rivers and streams. The greenSTEM Network is a powerful tool for education, engagement, and environmental stewardship.

How do I get in touch with you people?
Email matthew.fritch@phila.gov