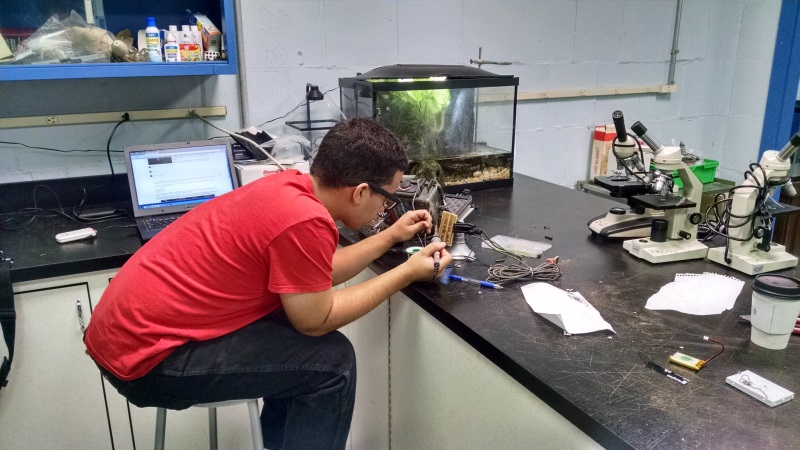 Back in June, greenSTEM helped students install web-connected soil moisture sensors at the Penn Alexander school and the Franklin Institute. These Soil Cell units were placed in garden beds and operate the same way as PWD’s other devices (which monitor green stormwater infrastructure), but with a slight difference: They use solar panels to keep the batteries charged. Over the last six months, these sensors have been virtually maintenance-free, requiring no battery changes.

Of course, we’re always making improvements. Above, SLA Beeber student Brandon soldered permanent connections from a soil moisture sensor and a thermistor (temperature sensor) to the circuit board. He’s also designed and built a post structure to elevate and mount the solar panel in an optimal position to receive sunlight and keep the Soil Cell charged. Installation is planned for the spring, and we’ll be exploring ways to do more with these sensor units that are constantly being charged. (Hint: The sensors are currently “talking” to us; what if we started talking to them?)

Check out the live soil and temperature data from the Franklin Institute’s ozone garden here.