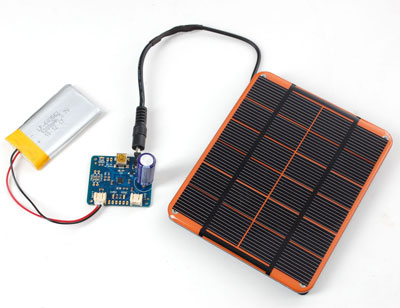 It’s time to come clean about the “solar” part of the Solar Sunflower—it isn’t happening right now. As it stands, a 9-volt battery powers the Arduino inside the sunflower’s head. There are practical reasons why the solar portion of the project is still under development: It isn’t convenient to rely on solar power when doing an indoor demonstration, and the sunflower design would likely place the solar panel over the top of the electronics in the head, making it difficult to disassemble when needed.

But mostly, we need to do a lot more legwork and research. Adafruit sells the components to make a solar charger that powers a Lithium ion battery (pictured above) and has a terrific tutorial on how to assemble it. Will it provide enough power for the Arduino WiFi shield, which operates at 5 volts? Will it be reliable, especially at low light levels during a storm? I assembled the solar charger at home and used it to charge my cell phone: 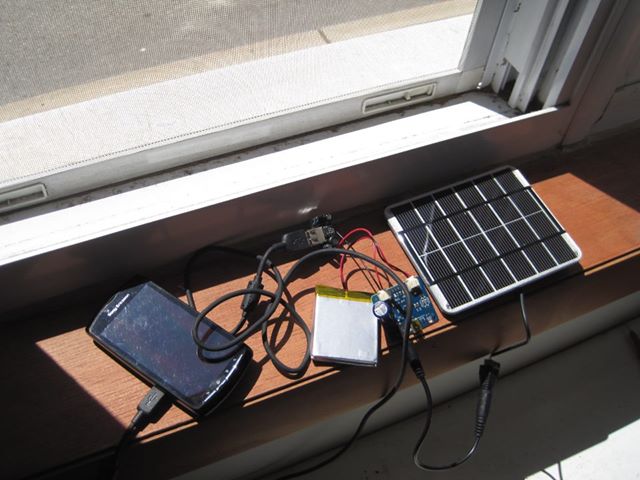 Only in direct sunlight did I get the voltage needed to charge the phone. It’s worth testing with the sunflower setup, but more research is needed across the board with regard to powering the sensors. We’ll do that right after I clean my windowsill.