Until now, we’ve been fairly vague about labeling this “Arduino project” or “GSI sensor project.” Truth is, we didn’t have a concrete idea of what a final product might look like, or even all the things it might do. Jason Cruz, an aquatic biologist at PWD, used Sketchup to create a schematic of a sunflower-shaped soil-moisture sensor (that’s a lot of alliteration). The image above shows the basic structure—a smart and fitting design that places three soil moisture sensors underground at increasing depths, much like the roots of a plant. (We’ll discuss soil moisture sensors in more detail at some point, but the ones pictured here are Vegetronix probes.) 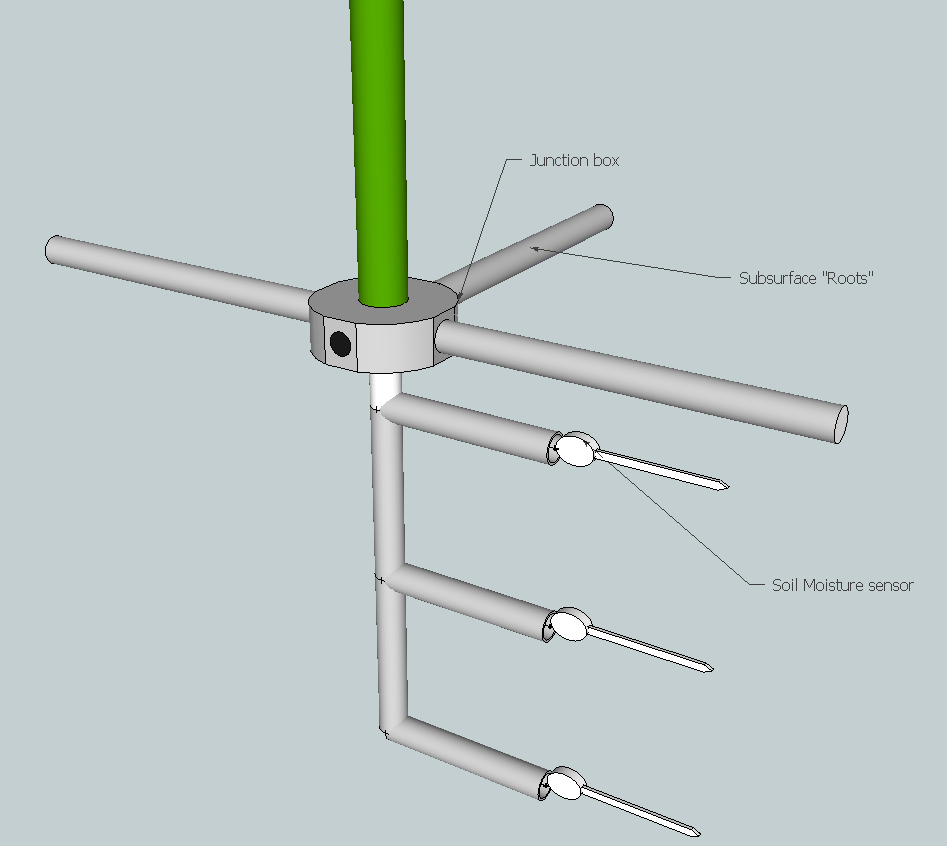 The wires from the moisture sensors run up through the stalk/conduit to the head of the sunflower, a repurposed mixing bowl or lamp head that will house the electronics (Arduino, battery, maybe a WiFi or radio device to transmit the data). This housing would be waterproofed, of course, inside a plastic case.

Ideally, we’d be able to run the entire thing off solar power. A solar panel could charge a Lithium-ion battery (a setup similar to this one, but sized appropriately for our voltage needs), and if the head of the sunflower could swivel, we could optimize exposure to sunlight. 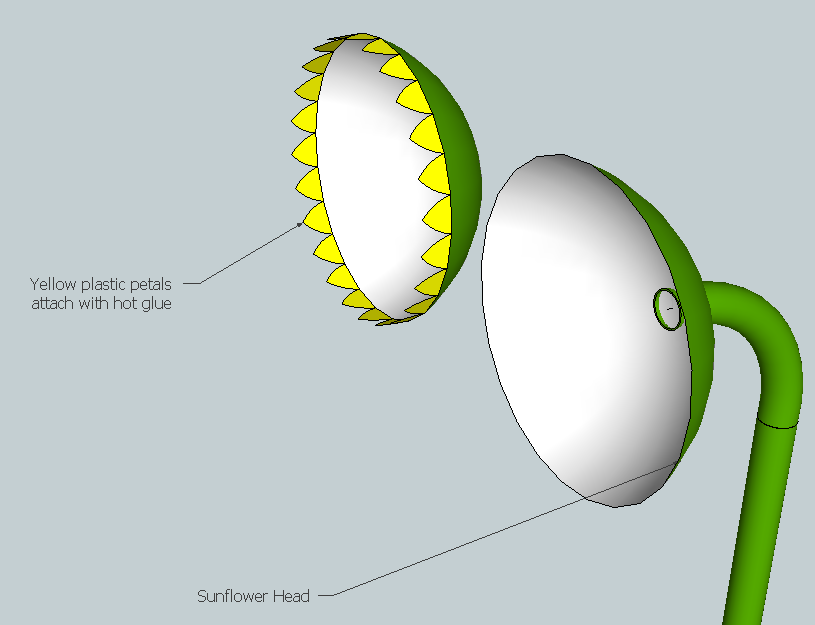 Jason’s design set off a host of new ideas and transformed an electronics project into an art project. Picture the sunflower in a rain garden at an elementary school, where students can use it to monitor soil moisture and water their plants when the soil is too dry. What if there was a do-it-yourself sunflower kit that students can build, decorate, and install themselves? What about a student design competition for the sensor housing? The Solar Sunflower would be a powerful tool for both GSI monitoring and STEM (science, technology, engineering, math) education.